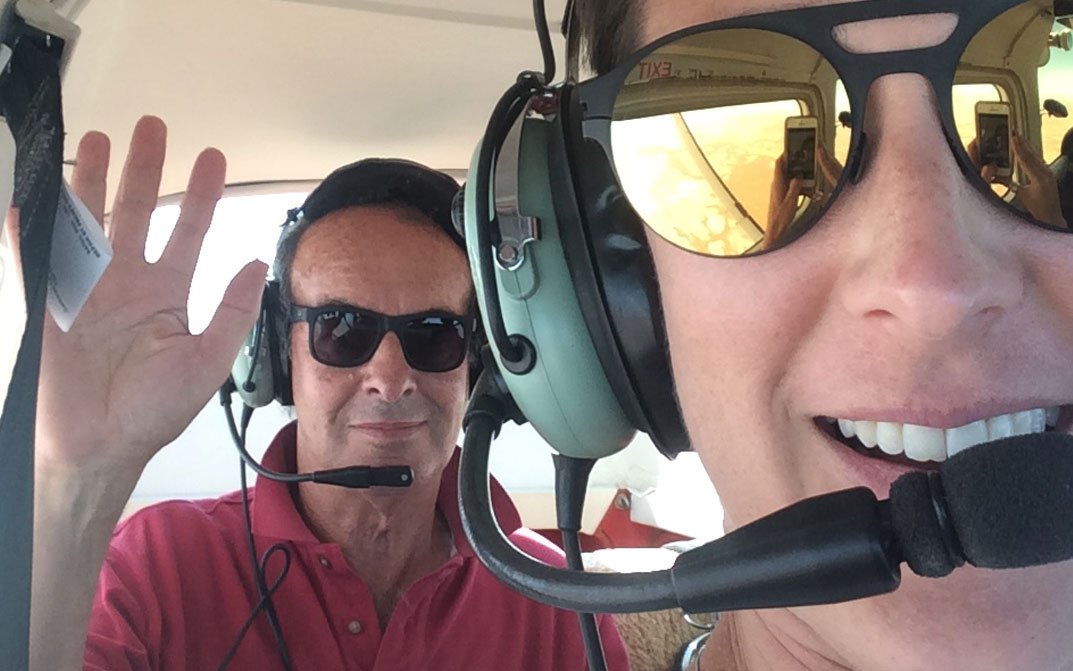 Ever since I can remember my Dad, Jim has said he wanted to visit Kati Thanda–Lake Eyre which contains the lowest natural point in Australia, at approximately 15 m (49 ft) below sea level.

In 2015, just 2 months after Jim was diagnosed with Alzheimer’s Disease at 66 years old I booked two flights from Melbourne (capital city of Victoria, Australia and where my Dad and I live) to Adelaide (capital city of South Australia) and hired a campervan to drive to Kati Thanda–Lake Eyre. It was important to me that my Dad fulfill this dream as soon as possible while he could still remember it.

After many days of driving we arrived in the outback town of Maree ready to visit the lake from the air but were unfortunately rained in. The unsealed roads and runways were too wet to drive on and all of the planes were stranded in other locations.

Two days later the main roads reopened we left Maree. I was devastated that the entire purpose of the trip wasn’t going to be accomplished.

As I looked at him and smiled I was thankful my sunglasses had mirror lenses so he couldn’t see me crying.

We stopped overnight at Wilpena Pound/Ikara-Flinders Ranges on our way back to Adelaide and to my delight learned we could fly over Lake Eyre from there! The views from the air were spectacular. Rain had fallen the night before and created mesmerizing colors and patterns that could not be produced by anyone other than Mother Nature herself.

Today, Jim’s memory has declined significantly but we continue to share our memories of Lake Eyre and our South Australian outback adventure.

As generations live longer more and more people will die with Alzheimer’s or dementia. I believe in my heart, my head, my entire being that I have a responsibility to talk about Alzheimer’s and raise the awareness amongst the world’s younger generations.