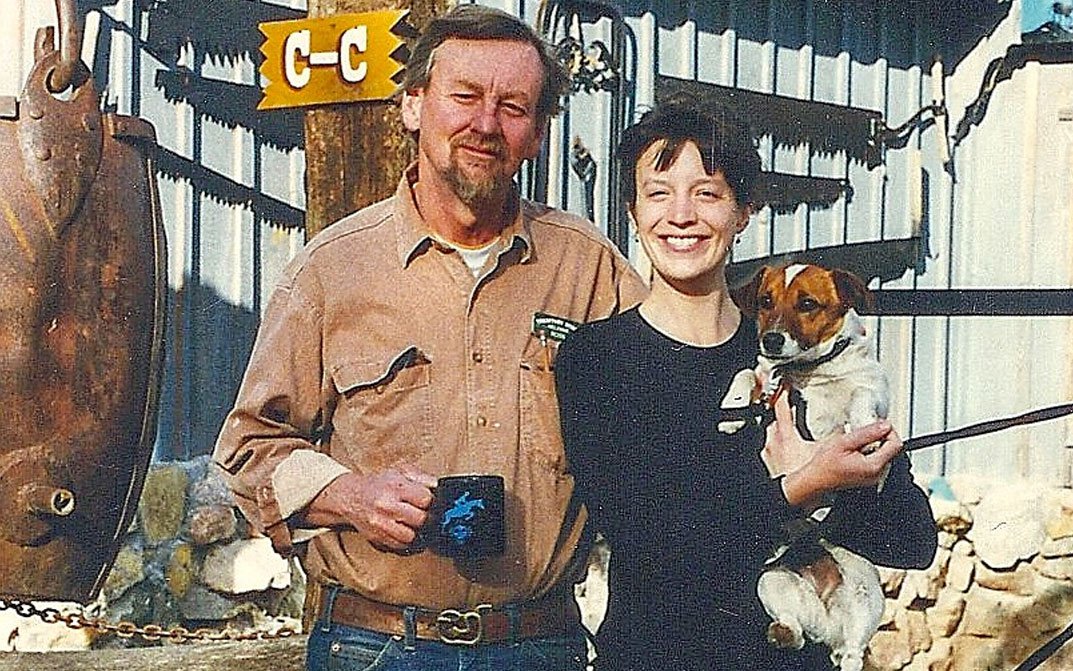 I was one of the primary caregivers for my father. He was diagnosed with early onset Alzheimer’s at age fifty-seven. I was just 30 and unmarried, unemployed and unorganized. I left Los Angeles for the mountains of New Mexico to spend as much time with my dad as possible. “Don’t you live in Los Angeles?” he asked again and again.

Dad was an artist and a self-described “free-thinker.” He’d turned my childhood home into a roadside attraction made out of bottles and cement. He didn’t appreciate limits when he was well and he certainly wasn’t going to put up with them while enduring Alzheimer’s. My stepmother, Carla, and I knew it was our job to keep him safe, but we had to learn to do it without being obvious.

Caregiving is a constant balancing act, a series of trade-offs and negotiations. In the beginning, we kept Dad on our schedule. We sat down to meals at the regular time and encouraged him to change clothes and take baths. In our sorrow, we sought the comfort of structure and rules. This worked for a while, but Dad was becoming less tethered to our world. In order to be with him, we needed to be flexible. This meant letting him eat when he was hungry, it meant trading in regular showers for a long soak in the hot tub, it meant letting go of time and space and even sometimes our own identities. In order to be with him, we had to be what he needed at that moment. I remember a day when Dad ate nine ice cream sandwiches on the way home from the market. “Well, look at this,” he’d say, unwrapping the next one. He was so delighted that I didn’t have the heart to ask him to stop. He wasn’t going to die from an excess of ice cream. He was going to die from complications of Alzheimer’s disease. Time was short. Instead of saying “don’t,” I looked for opportunities to say “do.”

Together, Dad and I visited rock shops and bookstores and ate bags of candied orange slices. We bought colored pencils and mixed cement in the old wheelbarrow. We built bottle walls together and sang along with Willie Nelson and Hank Williams. When he stopped to admire the shiny back of a beetle or the shape of a cloud, I stopped, too. I let Dad lead the way, knowing there would be many days in the future when I would be on my own.