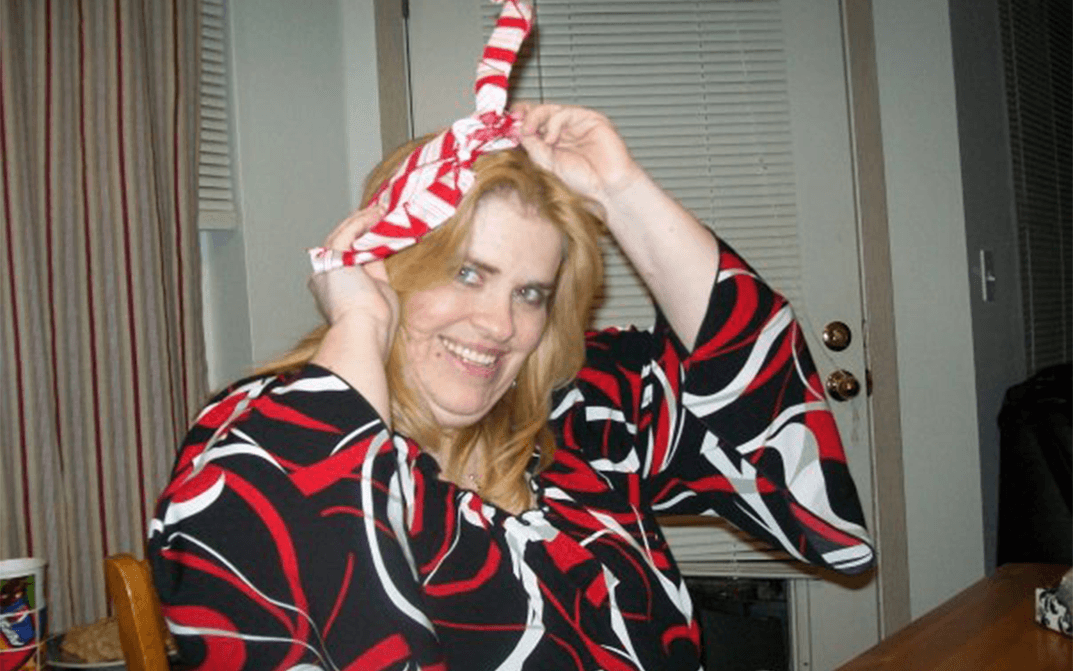 Growing up with my maternal grandfather going from being a marine to being diagnosed with early onset Alzheimer’s was difficult especially watching my mother who had 3 young children try to take care of him. Finally, my parents had no other choice but to place him in a VA hospital where we would visit often. After he passed, there was talk about how early onset runs in our family which I didn’t think about until I was in my early 20’s and noticed my mother acting weird like unable to keep up with her bills, dating several men, and would forget lunch dates. I asked her if she needs to be seen by a doctor with our family history, she would always use the excuses: “I’m just tired” or “I’m just stressed,” she would say. Since she was my mother, I went along with her excuses for her behavior. I know now that I should have dragged her to the doctor.

My mother was diagnosed in July 2015 with early-onset moderate Alzheimer’s at the age of 45 years old. As my mother’s oldest child, I took on her care and made sure she was as healthy as can be. I also videotaped doctor visits, and just normal day-t-day life to post on YouTube to bring awareness to this horrible disease. She lived with her mother and young sister until she became more and more difficult to handle with bathing, feeding, and more. We searched for 2 years to find a nursing home that would be able to take her but we would come up against issues regarding her age. Finally, we found a home in early 2017. That was the hardest thing I have ever done but it was for the best for her and us. We would all visit her every weekend. She was placed on Hospice in August 2017.

We were going to go see her on her birthday on November 2nd after work. Then, I received a call stating that she slipped into a coma and they didn’t know how long she would last. I immediately called our family and we all rushed to her side. We all were glued to her side until her passing on November 7th, 2017. She was surrounded by her loved ones whether in person or on the phone for those 5 days.

We donated her brain to Oregon University of Health & Science for research.

During this journey, I would want people to know that Alzheimer’s knows no age and there needs to be more research and resources for those who are younger than 65. We came across so many closed doors that it made my mother getting the things she needed so much harder on us.

I miss my mother every day. She will never get to meet my children or my sibling’s children. Hold your loved ones close.