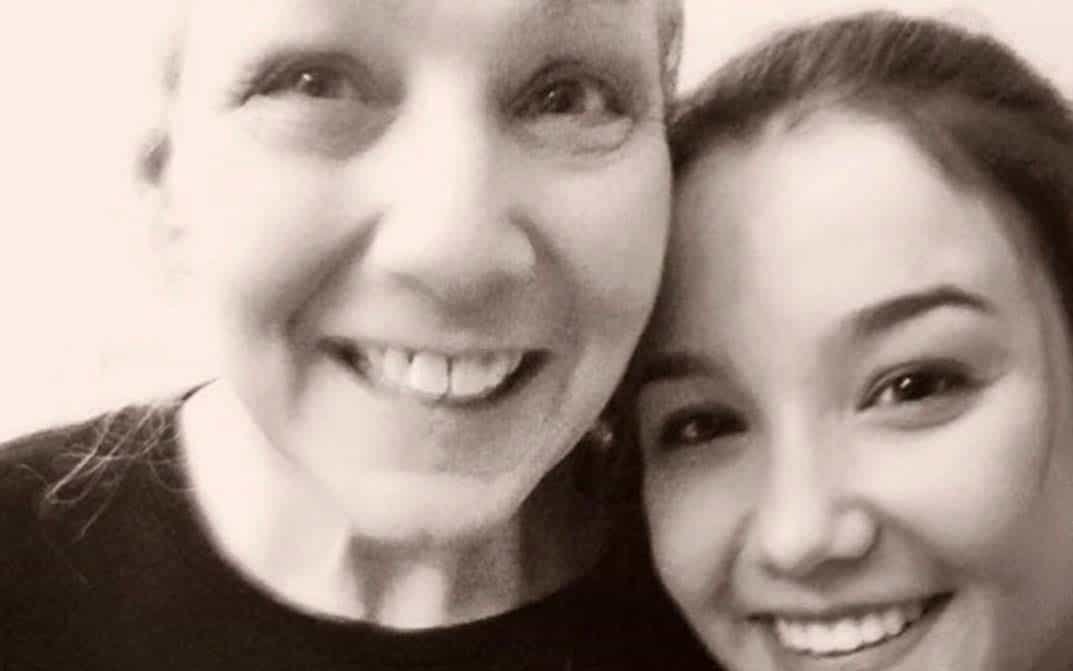 Six years ago I never would have thought my life would be where it is today. I never would have thought that I would be graduating without my biggest fan there. I never thought that my biggest fan wouldn’t attend my wedding or be there when I gave birth to my first child. I never thought my biggest fan would be in the state she is in today. Who is my biggest fan? It is my mom. She was diagnosed with Early-Onset Alzheimer’s when I was in sixth grade. Now I’m not writing this for people to feel sorry for me or to feel sorry for her. I am writing this to help spread the awareness of this sad and devastating disease. Alzheimer’s isn’t the only memory related disease. There are many dementia related diseases that all are very similar. To give you all a little perspective of the seriousness of Alzheimer’s disease more than 5 million Americans are living with the disease and every 67 seconds someone in the U.S. develops the disease. It is currently the 6th leading cause of death in the United States. The disease isn’t just affecting senior citizens. Over 200,000 people in their 40’s and 50’s have been diagnosed with early onset. This disease is much more than facts and figures. It’s a very sad way of life many American families are facing. To give you all a glimpse into how dementia affects a person and a family, I’m going to share with you my mom’s story.

I remember the day she was diagnosed so clearly. My two aunts (her sisters), came down from Tennessee to trick my mom into going to see the doctor. She would not go with my dad because she refused to believe she had a problem. My two aunts told her they were going to have a spa day. They drove her to a specialist in Tampa and she went in. The doctor did tests and came back and told them the devastating news. She had Early-Onset Alzheimer’s. My mom ran to the car and locked herself in the car. She was hollering at my aunts through the windows. She finally let them in and they drove home. They came in and told me the news. I couldn’t believe it. My mom was in tears and she was angry. She wouldn’t talk. I thought it was just an “old” person’s disease. My sister came over and I met her outside the house. I could not hold in the news. We both fell into each other’s arms crying. My mom sat silent on the couch. This all happened within 15 minutes. My dad said we were going to dinner. My mom refused. My dad insisted we all go to dinner, so, we all left the house and went to a restaurant on the beach. My mom finally began to talk, but, she was not happy. Who could be happy finding out that kind of news? Her whole life, everything she had worked for wasn’t going to last much longer and she knew that. My mom was the smartest lady I knew. She completed law school while she was pregnant with me. She had a love for law more than anyone you would ever meet. She lived and breathed law.

It wasn’t long before my mom had to stop working because she would get lost going to work or coming back home. She couldn’t focus on her work or remember what she was doing. My dad and mom decided it was best that she stay home. Of course funny times happened and she would do stuff that made us all laugh. Sometimes I would catch her with her bra on backwards or even wearing underwear over her pants. We would laugh about those things along with her. They were silly but also sad that a woman of her age and intellect could simply forget how to dress herself. There were times she would get frustrated. Frustrated because she could not get the right words out or frustrated that her whole life was not how she had dreamed it would be. There were times she would cry. Cry because she was in pain emotionally. There were times she would be confused. Confused at where she was or confused what she was doing. Most of all there were times when she’d forget. Well not times, but every day. It was the new norm. She would misplace simple things and forget where she placed them. She’d forget our birthdays or even how old her daughters were. She would drive and forget where she was going. The most vivid memory I have of my mom was the last day she ever drove a car. Every day she would pick me up from school at 2:30, but this particular day she was late. I was getting worried. I called my dad and sister. No one could get a hold of my mom. Finally she came rolling up all calm like everything was normal. I told her she was 30 minutes late. She said “Oh I took a little ride”, but, I knew she had gotten lost. I told her I knew she didn’t go for a ride that she actually had gotten lost. She started crying. We drove home and she pulled up in the driveway. As we both got out of the car, I noticed the car was heading towards the house. I looked at my mom and she was already out of the car. I jumped in the car and immediately put the car in park. My immediate reaction was to yell. I yelled at her for forgetting to put the car in park. I yelled at her for something she had no control of. She didn’t purposely forget, she was suffering from a disease that made her forget common sense things.

The scariest moment of this whole disease was the afternoon she got lost. My dad and I came home from work and cheer practice to find my mom not home. She would go on walks around our neighborhood. She would always have her cell phone and I.D. with her. On this particular day her phone was on the table and her walking shoes were still in the closet. We looked in her purse and her I.D. was still in her wallet. I stayed home while my dad drove around. He came back without my mom. She was lost. We contacted friends who came and helped us look for her. People were praying. We walked around to the neighbors asking if they had seen her. The police were contacted and they began to look also. It was getting dark and we knew if we didn’t find her while the sun was still out it was going to be difficult. Finally, a lady found her and brought her to the fire department. The police brought her home and she stepped out of the car in her mismatched pajamas. She was scared. We were all scared. I ran to her and told her crying never to go on a walk by herself again. She never did.

It wasn’t until my junior year of high school that the angry side of Alzheimer’s came out of her. She started to get angry and she would yell. She would move furniture and pace back and forth. It was like someone had taken over her body. This by far was the toughest time because there was no way any of us could calm her down. It got scary at times. We had a nurse that would come in during the day while we weren’t here and take care of her. One day the nurse who was really good with her called my dad scared. My mom had gone wild. It was Valentine’s Day. My dad decided to call 911 because nothing would calm her. She was in the hospital for about a week and then entered a nursing home. They gave her new medications to calm her down. However, she was on so many medicines that she shut down. She was transferred from the first nursing home to a nursing home that had a small dementia unit. Because of her many medications she became unresponsive to people and continued to slide back and forth off her bed repeatedly for 24 hours. The nursing home had to put her back in the hospital. She had shut down. She entered the neurological unit of the hospital. For about a week she would not open her eyes, eat, or even talk. She was pretty much in a coma. We never thought she would open her eyes again, but one day by the grace of God she did and that’s when things started to look up. She was in the hospital that time for about 2 weeks and finally went back into the nursing home. Since she had forgotten how to walk and was in a wheelchair, they had to take her out of the dementia unit and put her into the regular unit. One day the nurse called and said she was going back into the hospital. Till this day we are still not sure why they had her admitted to the hospital. She stayed in the hospital for about a week. She had a therapist that helped her learn how to walk again and so she was able to go back into the dementia unit once released from the hospital.

Her medications are now stabilized and she doesn’t get angry anymore. She still gets sad and cries but now she laughs because she simply does not remember that she is suffering an awful disease. She is no longer able to feed herself, dress herself, or even talk. When she talks it sounds like gibberish. She hasn’t lost her ability to laugh and smile. She still somehow miraculously remembers who her daughters and husband are. It has been a difficult journey.One thing I do know is that she has never stopped loving people. She has taught me many lessons without even knowing it and for that I am forever thankful that God blessed me with a beautiful, loving mom. No matter the circumstances I praise God for a mom like her.