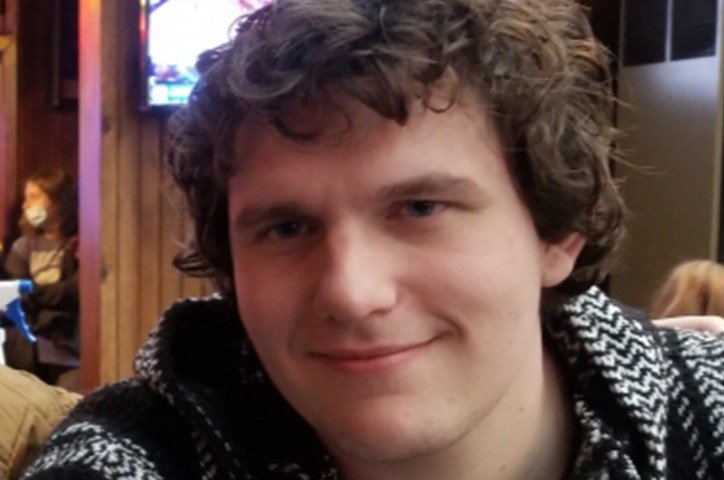 It is a cold winter day-the skies are grey and the mood unpleasant. Six months earlier, my Grandparents bought a house that our family nicknamed the mausoleum. My Grandmother declared “This is the house I am going to bury my Husband in”. As I was walking up these cold, unforgiving steps, I had no idea what I was going to find. How are the Lewy bodies affecting my Grandfather today?

As I stepped into the house, I found my Grandfather reclining on an oversized lounge chair. His partially paralyzed body was barely able to function. He wasn’t screaming today though, which made the whole house seem eerily quiet-just waiting for his next impostor to show up or for him to have a full-blown panic attack about where my Grandmother is. It isn’t a matter of if, it’s a matter of when. For the time being though, my Grandfather seemed to be lucid and in control. So, I leaned over and asked him one of the most difficult questions a man could ever be asked.“Grandpop, what is your biggest regret?”

He sat there, reflecting on the life he once lived. He was born into abject poverty, a depression baby. His home had a dirt floor. He worked to create the life he ‘wanted’. He succeeded. His wife never needed to work. He provided both of his children with law degrees. He had gleaming hardwood floors. His yard was always mowed in perfectly straight lines. His life was the definition of the American Dream. What could a man like this possibly regret?Grandpop then stared directly at me and said, “I wish I had spent more time at home with my family.” He dropped his stare, looked down and started to cry. In his life, he had flown over one million miles, across the globe over and over again all in the name of work. All these trips made money, but they took him away from the once place he wanted to be. The place he truly needed to be. HOME. He spent his entire life dedicated to his family in a way that only took him away from them.

After crying for a moment, he raised his hands up to the ceiling and begged, “God please forgive me” Then, after a few brief moments of blissful silence, he started to scream.

“Stupid! Stupid! My Brain… My Brain… It doesn’t work. IT DOESN’T WORK!”

He then proceeds to slam his head back against the chair in frustration. Inside of his once genius brain, the army of Lewy bodies were taking over, unleashing his unaddressed pain in a fury of self-hate. The Lewy bodies had access to all of his regrets and used them against him in some sick and twisted way forcing my Grandfather to finally address his issues. This acknowledgment caused him to do something near impossible for him- to tell his children that he loved them.

I wasn’t present for these conversations, as they were private between a father and a child. However, from what I’ve heard, they had an ethereal quality to them. One that hasn’t been there in the past. After my dad had his conversation, he said “Today was one of the first times my father hugged me”. My Dad just sat there utterly baffled and happy at the same time. Then we hugged as a child and Dad should.My Grandfather died within the month.

On his death bed, after dealing with numerous violent outbursts, Impostors, and suicide attempts, it was finally time for him to cure this disease. In that room, surrounded by family members, there was nothing but love. This great man sacrificed his life for our family, doing what he thought was necessary. Though he didn’t have all the answers and was by no means perfect, he learned. He was able to amend the mistakes he has made and move on. I just hope I learn before it’s too late.

Grandpa, wherever you are right now, I love you.