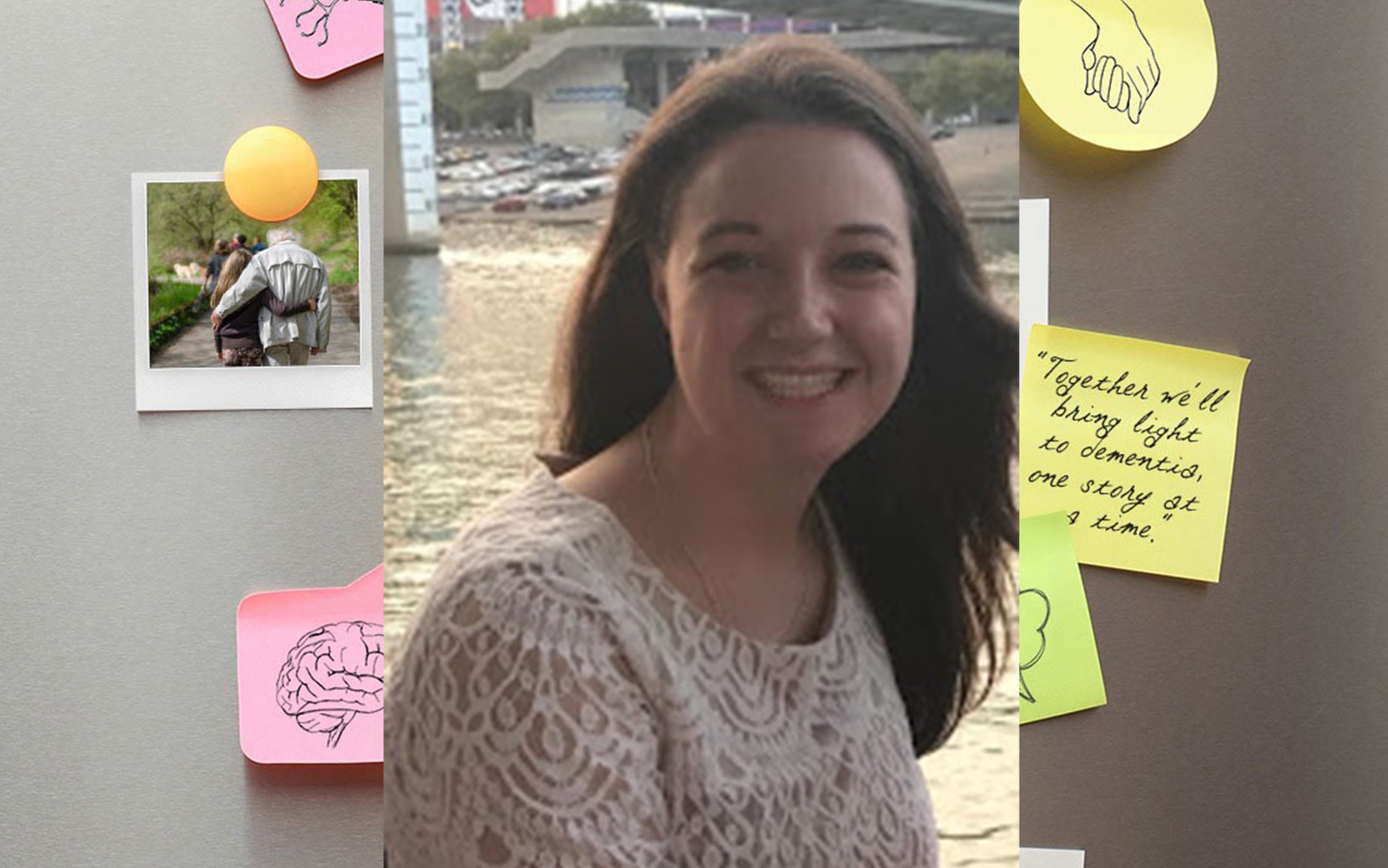 Our hands tell a lot about who we are, the places we have been, and the stories we share. Passion is what guides us through our life stories, and our hearts guide our hands to write that story down to share with others. When we can no longer write our own stories—when our hands shake too much to allow us to hold the pen or when our memories begin to deteriorate—someone else is there to take that pen and continue writing. The role of family is to hold the loved one’s hand to help steady the pen. Eventually, we take the pen and continue writing as we carry on that person’s legacy. After all, life is one big story; it does not matter how long we can remember the details because someone else will help us write the rest, filling in the gaps where our memories are lacking.

I can only imagine how my grandpa’s story began. He was born in the late 30s, the firstborn of 12 children. Being the oldest in a large family called for a great deal of responsibility and leadership, two characteristics my grandpa learned in the early chapters of his life and carried with him until the final pages of his story. His passion for his family was exemplified by where he found his hands—changing diapers, teaching his siblings their schoolwork, and I’m sure his hands were caught sneaking an extra piece of chocolate cake here and there.

As my grandpa continued along his life journey, his hands followed his heart. That joy-filled heart led him to place a ring on the hand of his high school sweetheart, whom he married when he was 20 years old. He continued to let his passions lead his hands as he raised five children and took over the family plumbing business alongside his brother. The responsibility and leadership skills he learned from childhood were put to great use. His passionate heart shined throughout his entire life, especially through his love for his family, determination with his job, and love of golf. His family was always his top priority as he loved his wife and children more than anything, working hard at his job to provide for them. One day when working at the family business, he was deep in a hole repairing a pipe when the ground caved in on him, burying him alive. After the emergency personnel safely rescued him, my grandpa reported to the newscaster that he would be back to fix the problem because the job needed to be done. He wasn’t going to let anything—even being buried in a hole—stop his hands from completing a job that needed his attention.

In the next chapter of his life story, at the age of 62, my grandpa was diagnosed with Parkinson’s Disease, a condition that typically affects one’s hands. Once again, an obstacle did not stop him from using his hands to follow his heart. In the early stages of Parkinson’s, my grandpa was out golfing one day and truly showed Parkinson’s who was boss. With the sun shining down on him and a golf club in his hand, my grandpa shot a hole-in-one. Inspired by his passion, he was determined to not let any obstacle stop his hands from achieving his goals.

As the pages of his life story continued to turn, it slowly became harder for my grandpa to continue holding the pen to write his story. Parkinson’s caused his hands to tremble more and more, and along with that shaking came confusion in the form of dementia. He was losing the ability to smoothly write the words, and often his dementia caused him to forget aspects of his life story from previous chapters. To fill in the gaps, we as a family could reflect on where his hands had been. Whether they were folded in prayer, muddy from working as a plumber, or clenched around a golf club, his hands told his life story. His heart always guided his hands to live with passion, even if that meant his hands were a little shaky from time to time. The journey of his hands will forever be embedded in our hearts.