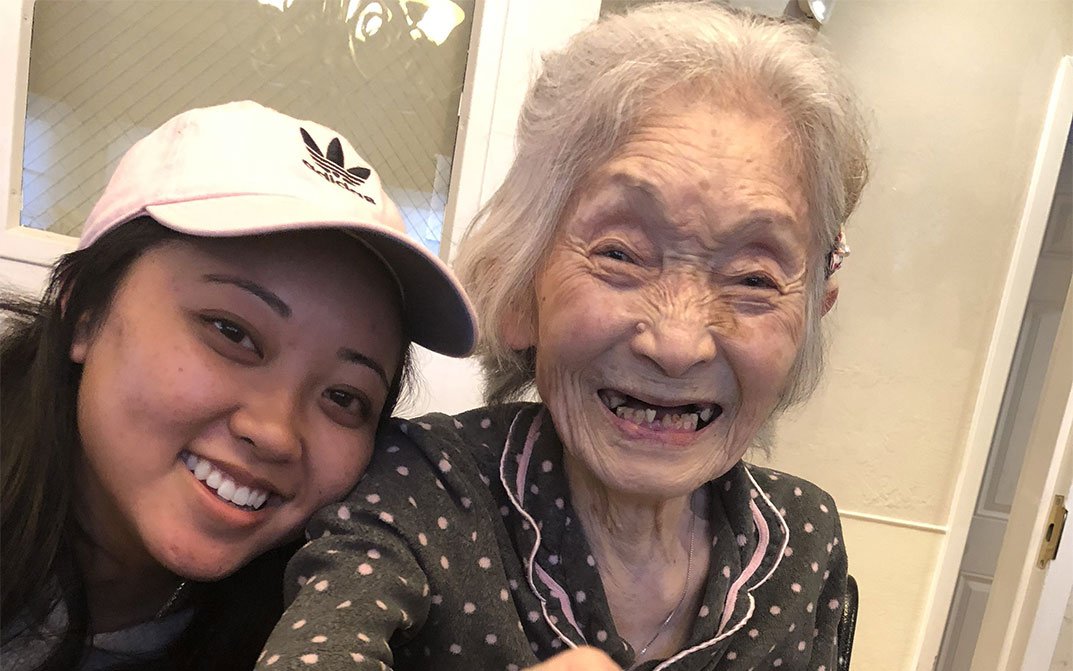 My bachan (grandmother in Japanese), has always been like a second mom to me. I would spend every day after school at her house where she would make me the best food I have ever eaten. Til this day I have haven’t had anything that has topped what my bachan used to make. One of my favorite things about her was if you told just one time about something you liked she would make sure she had it in her house at all times for you. I remember one time I told her I really liked these certain types of chips – just to have conversation, it wasn’t a big deal if I never had them again. From then on she always had the chips in her cupboard and always reminded me that they were in there. Unfortunately, it didn’t go so well for my cousin – she hates anything green but one day my bachan made asparagus and she said, “wow this isn’t so bad.” After my bachan heard that, there was asparagus at the dinner table every time for my cousin, hahaha. I’ve just recently noticed that I now do the same thing when I hear my friends or family talk about something they like. Anytime I’m at the grocery store I’ll look for my mom’s or my bachan’s favorite snack and get excited about giving it to them.

A backstory on my bachan: she was born in Japan in 1929. She was the oldest of six siblings and was 12 years old when Japan was under attack during WWII. While Japan was being bombed, she was made responsible by her family to stay behind to watch over the house and to put out any fires while the rest of the family looking for more help. Unfortunately, my bachan’s family lost almost everything during the war and at the age of 21, her parents believed that she would make a better living in the U.S. and was sent here as a picture bride. Before that, she was studying to become a doctor but because she spoke little to no English, she became a house cleaner. Through all these struggles she was still able to afford to put her two children in school all the way through college. She took care of my brother and me every day after school and even taking or picking us up after any school activity. In her mid 80s, she was still taking the bus to go grocery shopping in Japan town and was only taking cholesterol medicine.

We started to see some changes in her around her mid-80s – she didn’t want to cook or go out anymore, we thought she was going through depression. Her walking started to slow down so we decided to take her to the hospital for some check-ups. Every time we went I was hoping the doctor would say, “we found exactly what’s wrong and she just needs to take this medicine and she’ll be back to normal.” Of course, that wasn’t the case and they told us she had early stages of dementia. I was so confused. How could my bachan who has already been through so much and has been healthy her whole life now have early dementia? I was in complete denial and was sure it was a mistake and she was going to be that one miracle patient. It’s been 2 years since and the dementia has increased significantly. She now lives at an assisted living home and my family and I visit her every night. It’s hard for her since she has forgotten all her English and can’t communicate with the workers as well as she wants to. We try to bring flash cards and talk to the workers as much as possible so they can communicate better. She usually doesn’t remember my name and usually thinks I’m my mom (her daughter). She doesn’t talk as much as she used to so I try to ask her a bunch of questions which she usually likes to answer. We also like to watch funny dog and cat videos which usually makes her laugh.