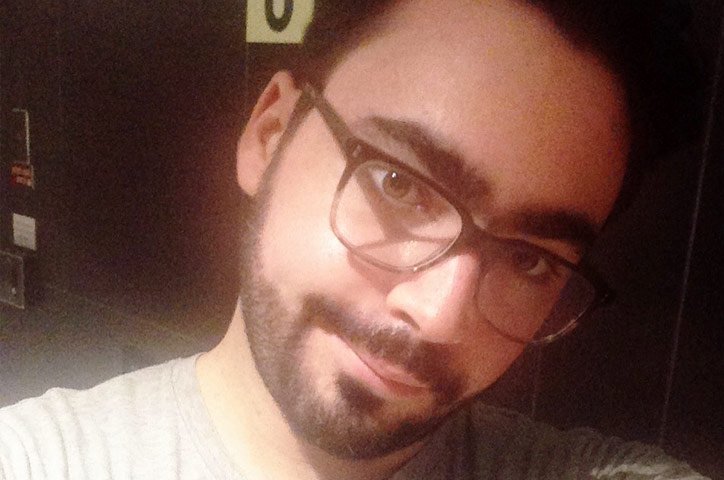 I still have dreams about you, grandma, where we dance to Edith Piaf and you wear a smile and a dress you’re no longer ten years too old for. In the real world, your confusion struggles against old broaches pinned to itchy jackets and screeching hairdryers deprive you of the clarity you have left.

In my dreams, you have somewhere to be. You’re dressed perfectly and you never talk out of turn because all we do in this state of slumber is laugh.

You do laugh sometimes in the flat by Primrose Hill but only until you catch yourself, stopping for the clattering of teaspoon and saucer, the hum of cars outside, and realize you have no idea why.

The dream is always the same. We dance in the kitchen, smoky and dazzled in bronze light. Then I lose you, running down the hallway. You hide yourself behind the door of my brother’s bedroom, the one right at the end of the hall. The one we used to share together as kids before he decided it wasn’t cool to share with your little brother. The one with the big picture window that is always open to the light of the park and the cream-coloured houses that surround it.

The faces of the partygoers, their features devoid of outlines as if smudged by rain on glass, suddenly sour. A strike in my heart tells me that I ought to find you. So I give chase to the bedroom but the door won’t open. I have no hands or joints or bones, only fear. Usually, my father breaks down the door and when he does, the breeze startles across us, jolts the wooden frame, and whistles.

My father looks over the edge and the window that is always open, gravely, means something new to us.

I hope your dreams take you sixty-five years ago grandma, to your family manor in Cardiff.

I hope you’re at the window of your childhood bedroom on a night where the rain pelts down. You’re watching it drip along the grey-stone and the smartly trimmed hedges uncoiling their leaves and branches to the full wildness of their being. To feel the slightness of your body against the glass become even slighter at the sight of a soldier, soaked and sodden, approaching from the darkness.

Though looking from inside a lavish home, you saw a brightness in his face more true than any chandelier or pearl trinket placed before you. As he timidly waved at you, with a hand of olive skin, there came a warmth sapped from the boyish fullness of his face. It thawed from your heart the cold silver spoon you’d never noticed was stuck inside your throat.

The words you said next have become family folklore.

You say that this man stared at you blankly, wet to the bone and encased in a dirt-cheap felt suit. You say you never had seen a boy like this before and as you began to inquire who he was, his first words in what would become a sixty-year marriage were: “Do you have a spare pair of trousers?”

Grandpa agrees that you were both blank as he fumbled through the door. He grins when he explains that after muttering he had been invited to Shabbat by a friend of your father, you cut him off, shouting: “You’re soaking wet! Go take your clothes off!”

There’s something cleaner, dryer and sweeter in your delivery. But Grandpa, as the master storyteller that he was, has only his version remembered and retold. Your sweetness was so often mistaken for meekness.

In my story, I give you some time to watch him from the window but even this lacks your voice and agency.

My affection cannot make you the storyteller. I wish you were more than the subject in this story; a set of motions and gestures. A giggle, a softly held hand.

A love of sixty years took you through Cardiff, Manchester, London, all over the world following your sons, through judging in courtrooms, singing in synagogues, laughing at dinner tables, embracing in doorways, kissing foreheads goodnight. Now it’s all images in photo albums, in the heads of those that love you, between the words that escape your lips. These broad strokes are just enough for you to dance in my dreams.

I wonder if these fragments are what still make you laugh, between cups of tea and the willed smiles that hold it all together.