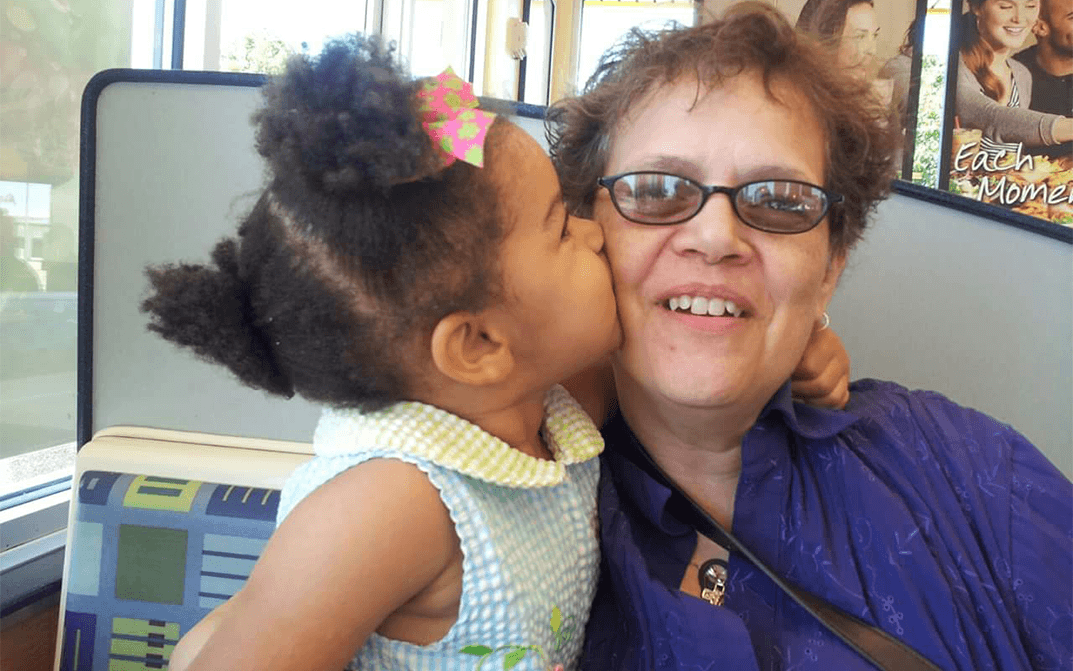 My mother was a seamstress, and when I was younger I would sit on the floor of her sewing room for hours. She would give me the scraps from her serger and I would hand sew doll clothes. I remember hearing the hum of her machines while she sewed and I would look up at her and she would smile at me. When I look back at everything we did together and how much she influenced my life choices, this memory makes me smile and comforts me the most.

Alzheimer’s has always been a part of my life. My first and only memory of my maternal-grandmother was seeing her in the hospital bed and my mother telling me to kiss her on her cheek. She was at the end of her battle with early-onset Alzheimer’s and we were all saying goodbye. I remember her empty eyes and the drool on the side of her mouth, I mostly remember being afraid of her. I kissed her quickly then ran away. As I got older two of my mother’s older sisters were also diagnosed with Alzheimer’s. My mother was number three; she was diagnosed at 57, but it started at 54 at least. At that time, I was 30 and had just had baby number 5. I had a career and then my life stopped. I became her caregiver, while my dad worked. I had first row seats to watching my mother grieve for herself, pray daily for peace, and forget how to thread a sewing machine. Her progression was steady and we are lucky that she is still loving and sweet. This disease made me bitter, angry and depressed. I felt alone and resentful that everyone else’s life was moving forward except mine. Then I saw my kids and that they became caregivers also. It has been 10 years. . . .

I have learned compassion, empathy, and patience. This disease changed me, now I am an advocate for early-onset Alzheimer’s, continuing my education to work with families who have this disease and I tell our story to anyone who will listen.

One piece of advice I would give anyone is that it is okay to be angry, sad and resentful. All of those emotions come with this disease. Try not to lose yourself, join a support group, there are a lot on Facebook. Most importantly, not everyone can be a caregiver AND t is okay to ask for help. IT IS OKAY to say you cant do it anymore. You Matter!

Do not be afraid of this disease.