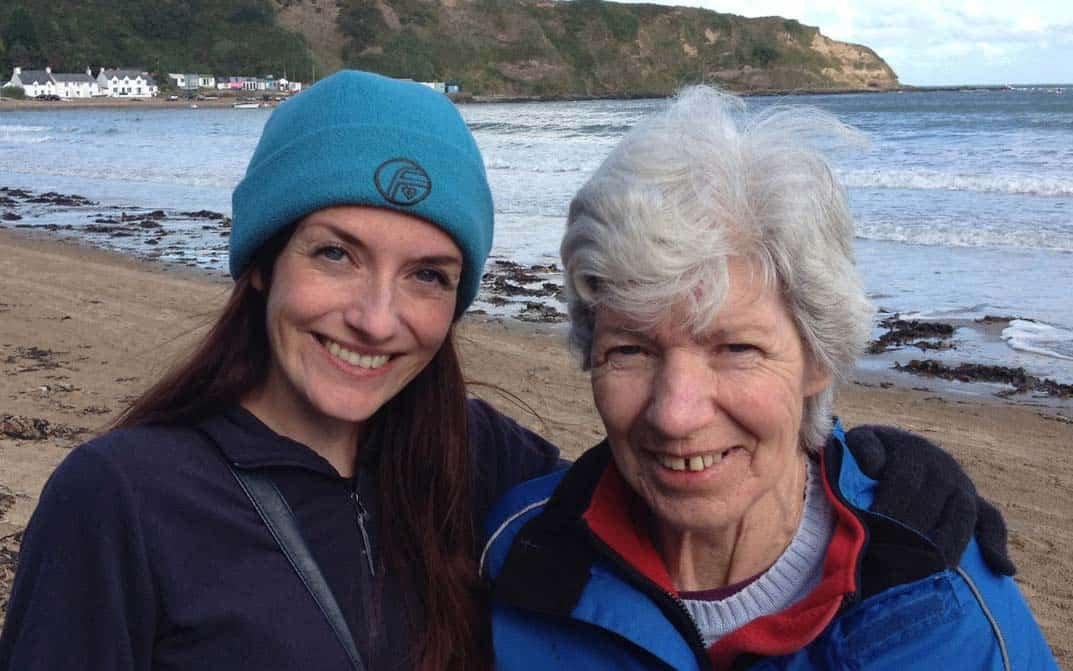 They don’t tell you these things…My mother has had Lewy Body Dementia for the past three years. I recently read an article in a newspaper giving advice about how to care for a loved one with dementia. The gist of it was that you have to ‘see past’ the disease, as the person you love is ‘still in there somewhere’.

It said you have to be patient, keep calm, and try to inhabit the ‘dementia world’, wherever that is. It may as well have recommended buying a unicorn and riding it there.

I’m not going to pretend I have answers, because I haven’t. I’ve stumbled through the last three years with absolutely no idea if I’m doing the right thing or not.

What that article failed to offer, like most of the others I’ve read over the past three years, is useful, realistic advice about the hundreds of bizarre everyday challenges that dementia brings with it. They don’t tell you about the reality of what it’s like to live with this appalling disease.

They don’t tell you how to deal with your previously kind, gentle mother swearing at you and hitting you in the head as you desperately coax her into the shower to try and get rid of the ever-present smell of urine.

They don’t tell you what sort of nappies to buy when she becomes incontinent; let alone how you’re supposed to persuade her to wear one, or how to stop her taking it off and stashing it in a pillow case.

They don’t tell you how to persuade her to take her medication when she’s screaming that she’s going to call the police because you’re clearly a member of the Gestapo who’s trying to poison her.

They don’t tell you what to do when she thinks that the small boy you pass on your walk is her grandson and so wants to talk to him. Neither do they tell you how to placate the angry parents who think they’ve encountered the world’s frailest child snatcher.

They don’t tell you about the helpful passer-by who insists on intervening because they’ve mistaken her having a meltdown in the street (and you desperately trying to get her home) for a geriatric kidnapping.

They don’t tell you about the anger and resentment that arises when family members become invisible and stop visiting, leaving you to deal with the whole sorry nightmare because they’ve got responsibilities and you haven’t, and therefore you clearly have nothing better to do.

They don’t tell you about the hours of paperwork, endless bureaucracy and pointless meetings with Social Services you have to trudge through when all you desperately want is some advice and support, but it takes six months for them to assess whether or not you’re entitled to even get on the waiting list for advice and support.

They don’t tell you about the hours you’ll have to spend on the phone trying to claim disability benefits for her because the person on the other end insists that they have to speak to her personally in case, as her daughter, you’re trying to steal from her. They’re sorry but they really do have to check with her that this isn’t the case, regardless of the fact that she can’t remember her own name, let alone how to use a phone, because that’s how the system works.

They don’t tell you about the GP’s visible annoyance when you bring her to get checked for a urinary infection for the fourth time in six months, even though they were the one who advised you to bring her for regular checks. Of course she’s displaying peculiar behaviour, she has dementia, and they have lots of other patients to see today. Cheers doc.

They don’t tell you about the friends she’s had for years who gradually stop coming to visit because they ‘hate seeing her like that’. I’m pretty sure she hates being ‘like that’ too, but she could really do with a friend. They’ll all be at her funeral though, because that’s what friends are for, isn’t it?

They don’t tell you how to deal with the crushing realisation that she’s never even going to be able to phone you again, let alone see you get married or be a grandmother to your kids.

They don’t tell you how to channel the anger you feel when you realise that your fellow 30-somethings’ lives now revolve around marriage, mortgages and kids and yours revolves around a terminally ill, confused old lady who doesn’t even know who you are. They’ve chosen their responsibilities; you’d give anything not to have yours.

They don’t tell you how to deal with discriminatory landlords who don’t want her living in their property because dementia has rendered her, in their eyes, a ‘threat to the community’.

They don’t tell you how to not laugh when she insists that you give ‘the kids’ a bath, because ‘the kids’ only exist in her head but you still run the bath and carry out an impressively elaborate child-bathing mime because it makes her happy, and she doesn’t have an awful lot to be happy about these days.

They don’t tell you what to say when your 67 year old mother cries because she thinks she’s 12 and panics because she can’t find her (long dead) mother and she’s packed all her belongings and begs you to just take her home.

They don’t tell you about any of these things.