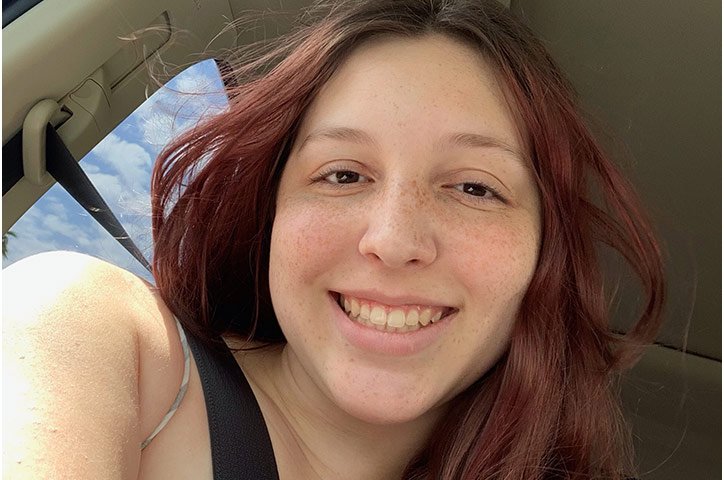 My papa had dementia, which turned to Alzheimer’s, for about eight years. He lived in the same house for 50 years; but one day, he didn’t recognize it. Around 7 PM every night he would say, “Well, it’s getting late. I got to go back to Simi.” He’d then be looking for his car keys and his wallet and try to leave the house he’s lived in for 50 years. I’d say to him, “Papa, you are home.” He would chuckle and continue to make his way out the front door. It was a challenge, especially for my grandma. I took this photo around Christmas time and we were watching a Dodger game. Christmas was his favorite holiday. Whenever I was over, we would eat Klondike bars and watch the Dodgers; they were his favorite treat and favorite team. Sometimes, if he watched a game on TV for too long, he would think he was at the game in person. This photo represents a gentle giant, who is lost in the most familiar place in his world.