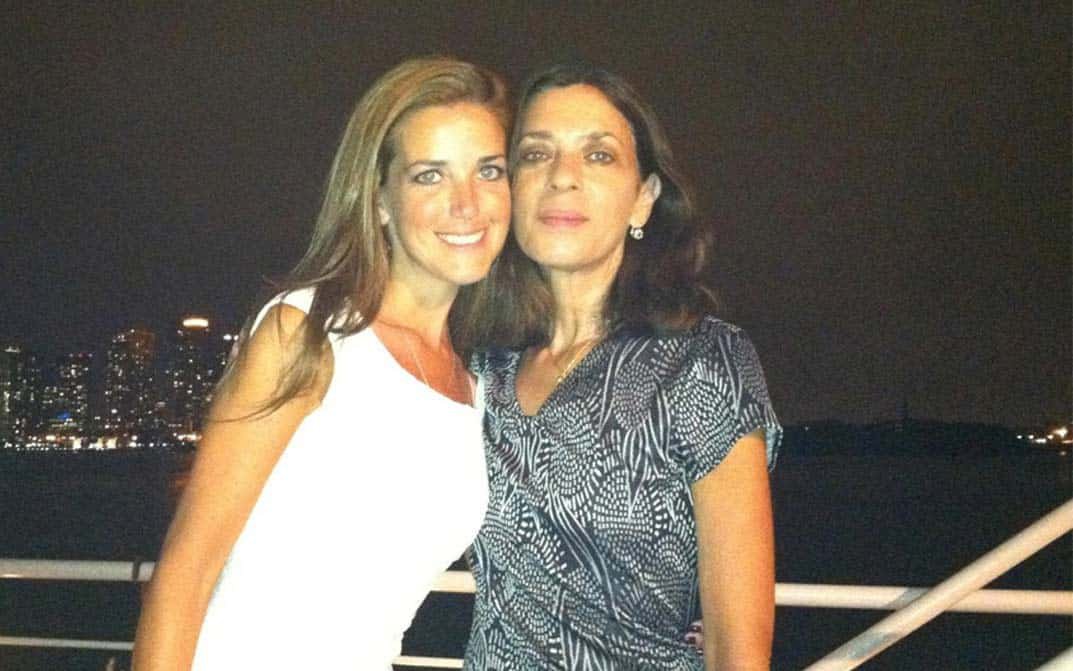 My mother was 62 years old when she passed away as a result of Early Onset Alzheimer’s Disease this past January 2015. She was initially diagnosed with Mild Cognitive Impairment in her late 50’s and then shortly after that it was Alzheimer’s Disease. I was so angry and scared when I found out but really did not fully understand what was to come.

She first began to forget things or lose her train of thought, then slowly had trouble navigating the streets of Manhattan, trying to make it to her meetings with the Alzheimer’s Association, which she was so fond of as she said they always had good food! Slowly I began receiving phone calls from her cell phone which she had left at the gym or at Starbucks. My dad began leaving notes throughout their home reminding her that she had to have her “wallet, keys, and phone” before she left the house, that it was “Monday” and that he was at work and would be home at 6:00PM. The phone calls then became more frantic and upset as she could not understand how to turn on the “box” to see the television show or how to turn on a light switch. She would call me crying, scared and asking me to help her with things she no longer understood how to do. With me being in another state this was not an easy task. We soon decided that we needed outside help to come in and help my dad who was working full time and caring for her. My siblings and I all worked full time and my dad would not allow any of us to come and care for her and leave our jobs. This idea was met with both sadness and anger as she knew something was wrong with her but wanted to care for herself and felt as if we were “buying her a friend.” Other than my father and me and my siblings she really had no-one, as her illness progressed no-one stuck around to watch.

She slowly began to lose her gross motor skills. She could no longer feed herself, dress herself and needed help with almost every daily task.

My mother, always the caregiver, soon found a “friend” in the mirror. She would spend time talking to her and telling her how lovely and beautiful she was, that she shouldn’t be so sad and that she should smile more. She worried about this “woman” and the worry soon became psychotic as she could not understand how they could leave the house and leave this woman there alone. We soon had to cover all the mirrors in the home and not allow her to see her reflection when in public.

This all happened so quickly. I would go to New York every few weeks to see her and spend time with her and try to help my dad as best as I could. Each time I went you could see a change for the worse.

Eventually we had to make the hard choice to place her in an assisted living facility as she needed more help than we could provide. She came to a home in Massachusetts and I was with her every day. She moved into the home July of 2014 and was there until she was taken to the hospital in January 2015. My sister and I were there constantly. Within a matter of months the disease progressed significantly. She no longer spoke rather just yelled and moaned, she no longer walked and was placed in a wheelchair, she no longer smiled and spent most of her days sobbing hysterically. I spent countless hours dealing with psychiatrists and nurses trying to get a medicine regime that would calm her, all to no avail. She was eventually sent to a psychiatric ward where she spent every day strapped to a chair screaming and moaning and crying. Seeing her like this was beyond devastating. We worked with the doctors and eventually she was sent to a nursing home where they were able to make her comfortable. The day she left the hospital in the midst of crying and screaming she stopped and looked at me and sat up and kissed me. She died in a nursing home a few days later. She was never alone, we were always by her side.The thing is that no one seems to understand is that she NEVER forgot who we were. When she was at her worst at the facility they would call me and I would come to be with her and they told me no matter what, my being there calmed her significantly. She knew she knew me, even if she wasn’t exactly sure of who I was. She knew all of us, asked for me and my siblings and my dad constantly and could not have been happier to see us each day we were with her. Despite the fact that she was slowly slipping into a state of what I call “madness” she still would look at me and sit up and kiss me every day.

The one question people always asked me was “does she still know who you are” and what people don’t understand was that not knowing who I was never an issue… she never forgot who we were, but her brain made her forget everything else how to write, read, focus on television, hold a doorknob, open a zipper, put on her clothes, hold a fork, drink from a cup, go to the bathroom, sip from a straw, chew properly, and sadly made her get to a stage which I can only describe as utter madness and lunacy. And through it all she knew what was happening to her. The worst thing about this disease is just that… she still knew. In the midst of a seven hour screaming and crying jaunt she would stop numerous times to have a second of clarity where she would say my name, tell me she loved me, or horribly tell me she wanted to die.

We gave my mom’s brain to science to hopefully do our part in helping to end this disease. I would never wish upon anyone seeing a loved one go through this or going through it themselves. I have a grandmother, her mother, who is still alive in a locked facility with Alzheimer’s and her daughter passed away without her even knowing it.Right when she was diagnosed my mother told me she was really sad and scared when they told her but that she kept thinking that there was someone out there who had it worse than her. She and we had no idea what was to come.

My mom passed away after just turning 62 and suffered greatly for a number of years… the effect that this has had on us all is beyond what I would have imagined. My family all walks for the Alzheimer’s Association in the hopes that our fundraising efforts will assist in finding a way to end this. My mom was the most caring person I have ever known and all she would want is to help others. I am doing my part in reaching out to the government, raising awareness, raising funds and doing all I can to change the future of this illness.